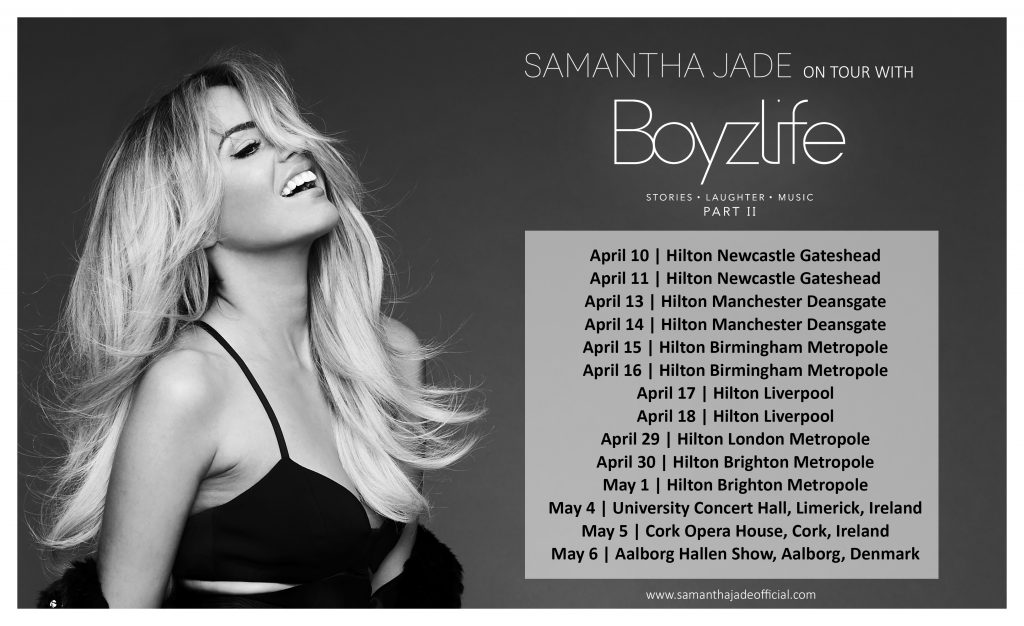 2017 sees her embarking on her debut UK tour this April where Samantha has been invited to perform with Brian McFadden (Westflife) and Keith Duffy (Boyzone) during their set from April 10th on the UK & Ireland tour.

‘Nothing Without You’ will available to purchase through all digital retail partners on Friday April 7th.

Sony Music Entertainment Australia Pty Limited uses both our own and third party cookies and other tracking technologies on this website to enhance your browsing experience, measure our audience and provide you with tailored ads. To find out more about how we use cookies, please see our privacy policy here. By continuing to use our website, by closing this box or by clicking here you are indicating your consent to our use of those cookies, as further described in our privacy policy. If you do not consent to the use of cookies, you should not use our website. You may refuse to accept cookies by activating settings on your Internet browser. However, if you select such settings you may be unable to access parts or features of our sites.